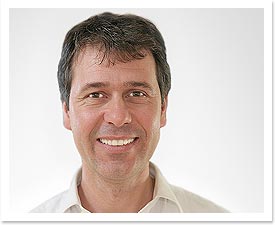 Dr. Balensiefen is a renowned expert in hip and knee endoprosthetics and surgery of the foot and hand. He also has qualifications in the fields of children's and sports orthopedics. Dr. Balensiefen has international experience as a doctor and will support you from the initial diagnosis until treatment is complete.

He studied Medicine at the universities of Tübingen and Wellington in New Zealand. Having completed his studies, he worked and trained in the fields of orthopedics and sports orthopedics at the Klinikum Rechts der Isar, part of the Technische Üniversität München. Before joining the Orthopedic Center Munich East (OZMO/Orthopädiezentrum München Ost), he worked as a senior doctor and consultant for children's orthopedics at the hospital in Munich's Schwabing district.

Since 1997, Dr. Balensiefen has been the doctor for Germany's national ice hockey team and also has an international diploma in mountaineering, expedition, and travel medicine.

During the course of his clinical work, he has given over 150 lectures and has published widely on experimental orthopedics and sports medicine.